Nutanix Xtract launched in October 2017 as a tool to provide Nutanix customers with a simple and granular method to onboard existing workloads to on-premises Nutanix clusters running AHV. Xtract delivers ease and speed in which migrations are completed, and reduces the time taken to onboard workloads. This has resulted in great customer adoption with Xtract being used by hundreds of organisations to migrate in excess of 12,000 VMs, based on a variety of Microsoft Windows and Linux operating systems.

Today, Nutanix is proud to announce the release of Xtract 2.0.3 which not only adds Amazon Web Services (AWS) as a source for VM migrations from the public cloud to an on-premises Nutanix Enterprise Cloud, but also some great performance improvements to speed up migrations. 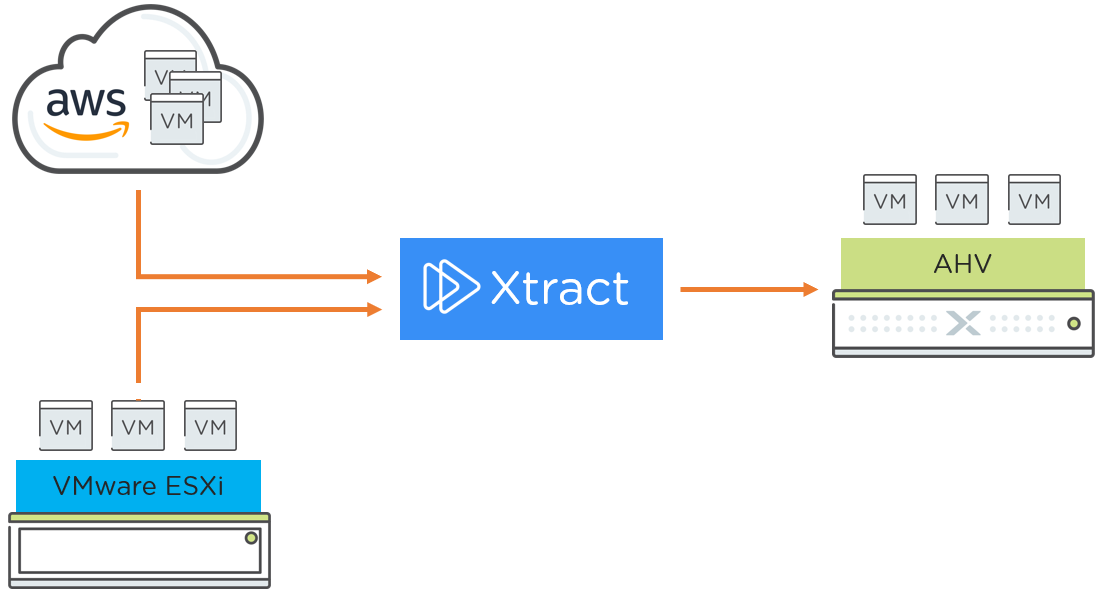 Added RHEL 7.5 as fully supported OS for migration from ESXi.

Customers can now migrate RHEL 7.5 VMs from ESXi to AHV.

Users now have the ability to manually prepare guest VMs while migrating from ESXi to AHV.

Data balancing support for target writes over a multi node AHV cluster, which contributes to efficient CVM stress management and better write performance. This feature also removes the soft limit (~10) recommended in the past on number of guest VMs included under a migration plan. 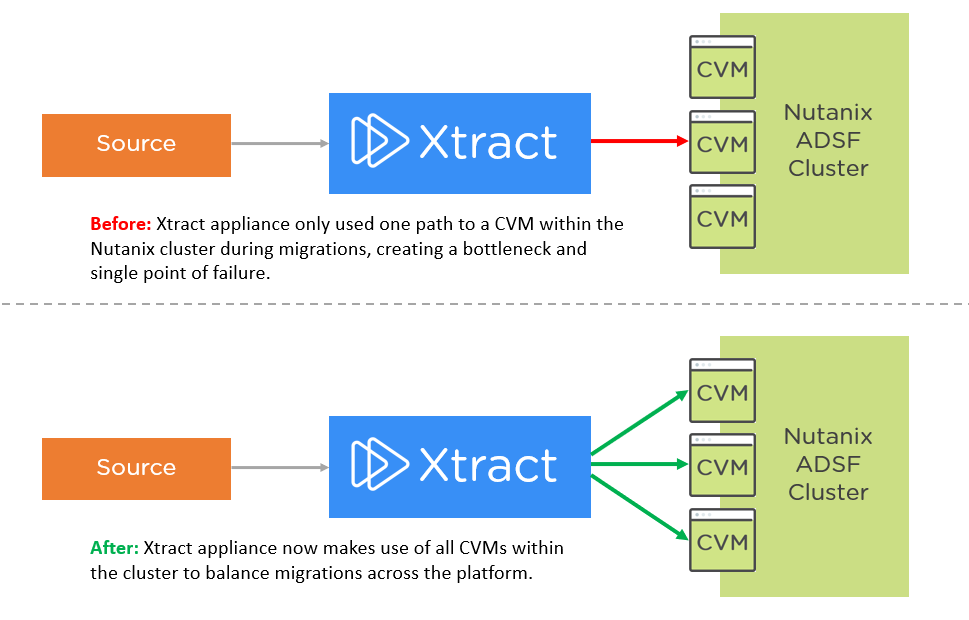 Improved the migration speed of VMs.

Improved the migration speed of VMs between ESXi and AHV by dynamically tuning configuration to increase or decrease number of streams and by enabling compression. This has resulted in significant reduction in migration times. The following table shows the difference in times between 2.0.2 and 2.0.3:

Redesigned telemetry to reduce duplication while sending the data to Athena and Insight DB.

This release is a great step forward to helping customers adopt Nutanix AHV faster, easier and with reduced risk.

Example Migration from AWS to AHV

Being able to free yourself from the AWS lock-in would be a great feeling. Nutanix Xtract makes it easy to move your application workload from AWS to Nutanix AHV.

The first step is to add your AWS account as a Source environment. You will need an AWS Access Key ID and Secret Access Key to complete this step.

Once the source environment is registered with Xtract, you then need to register the Target AHV environment. For this step, you will need your cluster IP and admin credentials. 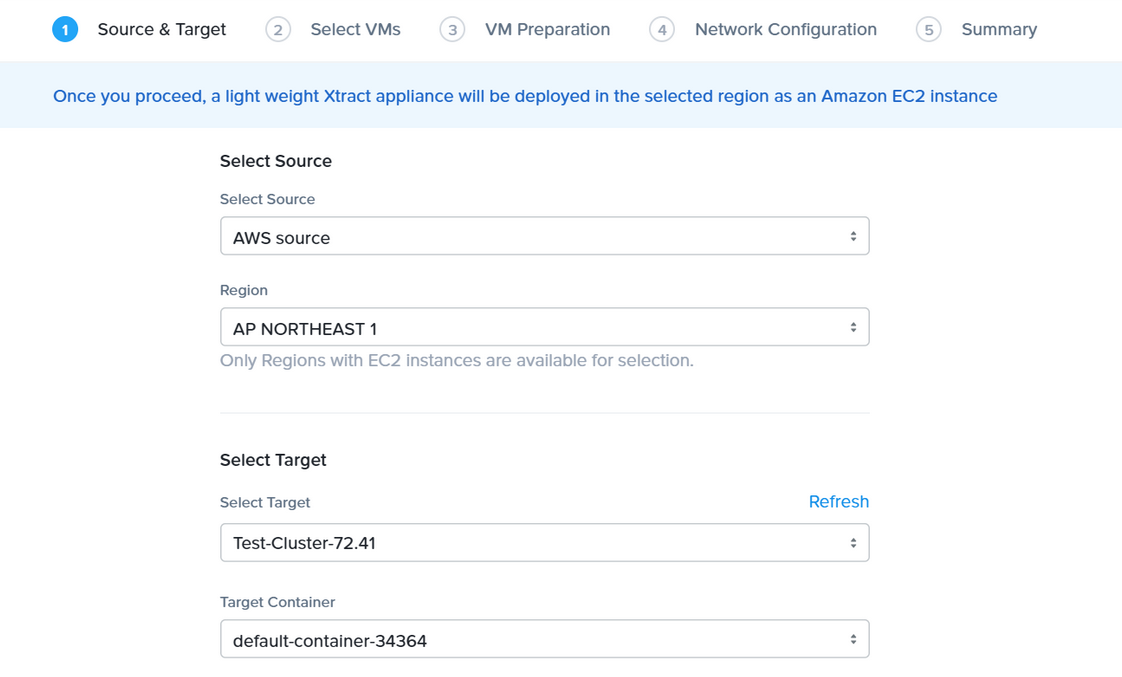 During the VM preparation stage, an Xtract Lite appliance will be deployed into your VPC to facilitate the migration to AHV. The following diagram shows the components and flow of migration from AWS to AHV. 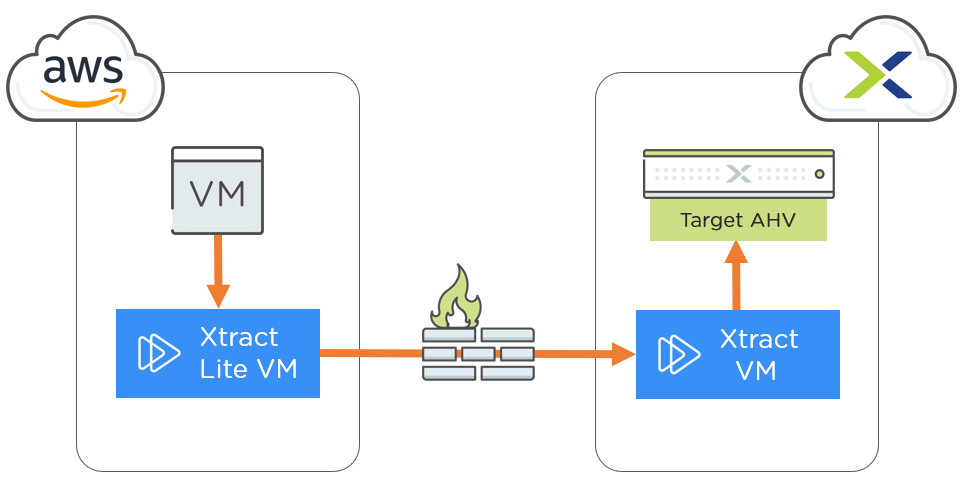 The instance of the Xtract Lite VM is a t2.micro EC2 image with 1GB RAM and 20-GB EBS volume.

Once the migration has completed seeding data from AWS to AHV, the migration plan will enter a "Ready to Cutover" state. At this point, the administrator will have the option to choose when the cutover occurs. To cutover between AWS and AHV, simply select the VMs and click Cutover.

During this process, the source AWS EC2 instance will be shutdown, the final changed blocks will be synced acorss with Xtract, then powered on in the AHV environment. It can't get much simplier than that!