In what has been a very short five months since AOS 5.5 was released to the wild, today Nutanix has announced the general availability of the next major version of their Acropolis Operating System – AOS 5.6. This release is packed with new features and enhancements that further strengthens Nutanix position as the market leader in hyperconverged systems.

There’s lots of information in the release notes available on the Nutanix portal, however here is a quick snapshot of some of the key features and enhancements.

Consider the following diagram which shows how volume groups are presented to guest VMs today. 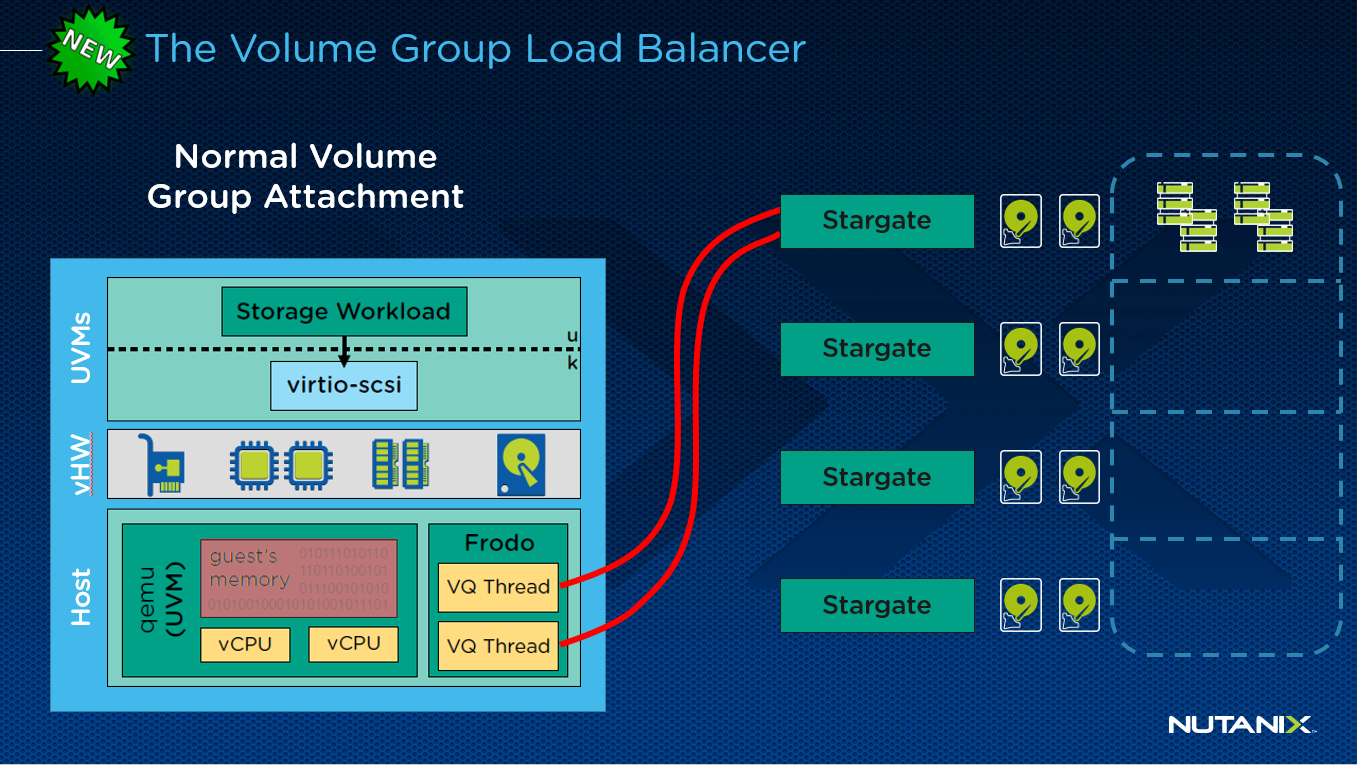 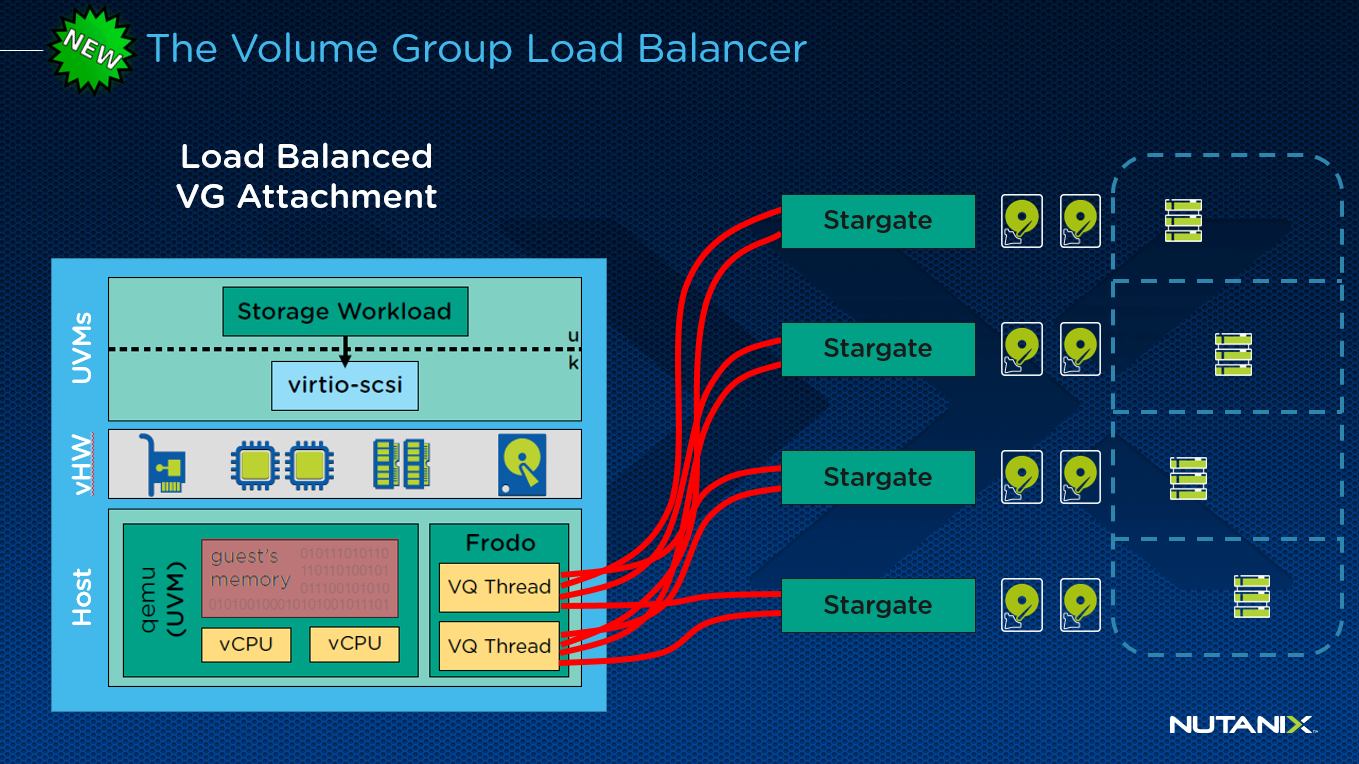 In the above diagram, vdisks are balanced across nodes in the Nutanix AOS cluster, and as load changes then Acropolis Scheduler kicks in to move disks around, ensuring the cluster is balanced at all times.

Microsegmentation, a part of the Nutanix Flow offering, is now generally available in AOS 5.6. Prism Central enables you to create security policies that protect all traffic to and from a VM through a stateful firewall running inside each AHV host. 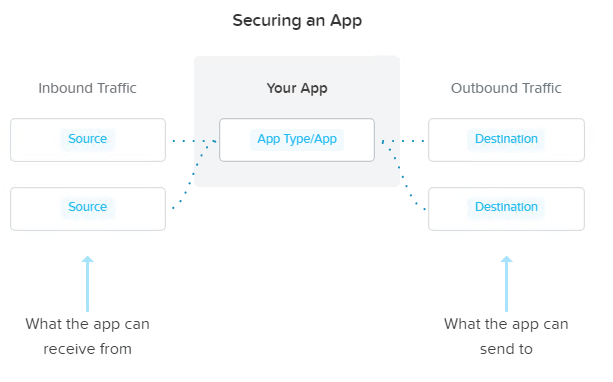 A security policy definition includes the category of VMs that you want to protect, a whitelist for inbound traffic, a whitelist for outbound traffic, and the protocol and ports that can be used in the inbound and outbound directions. You can also block communication between two categories of VMs by configuring an isolation environment policy, and you can quarantine a VM, optionally subject it to forensic examination, and then release it from the quarantine when it is safe to do so.

Microsegmentation is supported only on AHV clusters running AOS 5.6 or later and AHV version 20170830.115 or later.

See http://developer.nutanix.com/ for the complete reference for the API, including code samples in multiple languages, and tutorials. 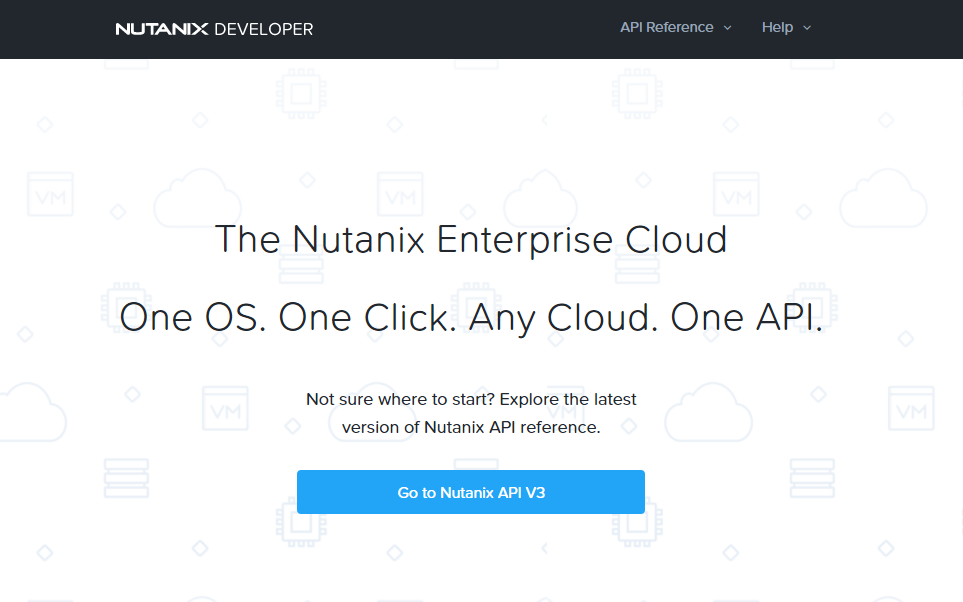 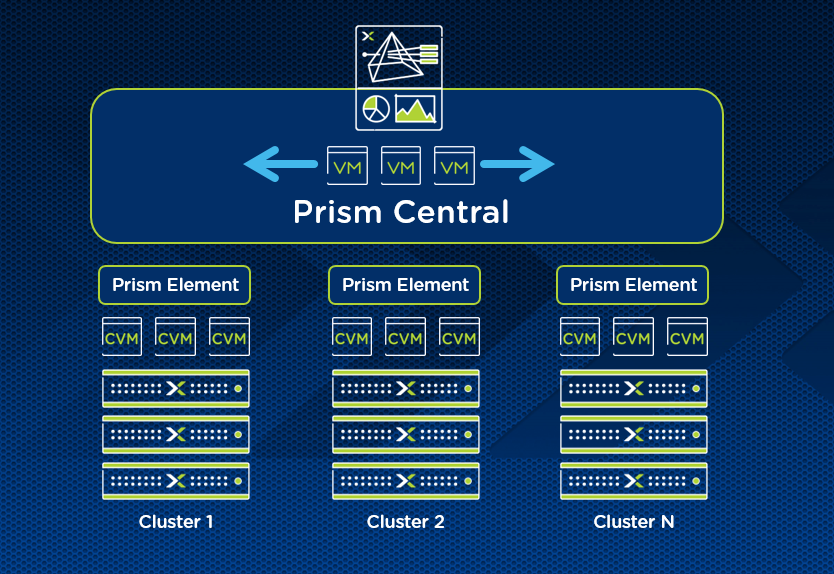 This is great news for enterprise customers who leverage Prism services to integrate and automate in their environments. Having continious availability to Prism services enables IT delivery teams and consumes to make upgrading and maintenance tasks easier and more seemless than ever before, while maintaining a very high level of uptime and availability.

AOS and AHV now support up to 80 TB of storage per node. Use cases for this storage capacity include Acropolis File Services, back up, and cluster capacity expansion. This feature is only available on NX-6155-G5 platforms today, however will spread across other hardware options in our HCL. 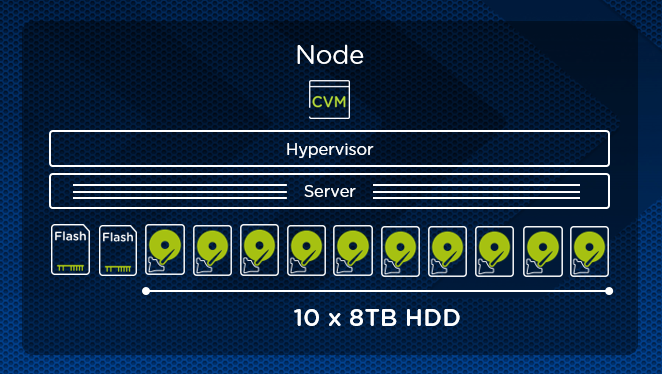 A traditional Nutanix cluster requires a minimum of three nodes, but Nutanix now offers the option of a two-node cluster for ROBO implementations and other situations that require a lower cost yet high resiliency option. A two-node cluster can still provide many of the resiliency features of a three-node cluster by adding an external Witness VM in a separate failure domain to the configuration.

Be mindful that with the two-node solution (and upcoming single node) that these can not be expanded. If scalability will be something you need at these ROBO sites, then it's best to start with the traditional three nodes.

This release is another solid step forward for Nutanix in delivering on the true Enterprise Cloud OS. If you have any questions on this or anything else Nutanix, please hit me up on Twitter or email